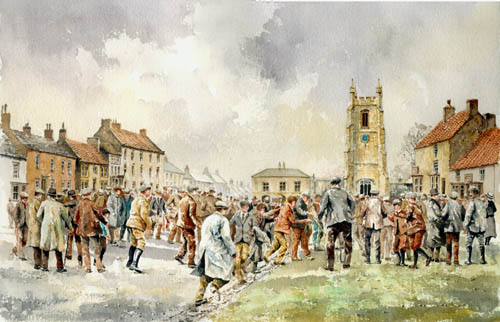 As across the country we celebrate Shrove Tuesday by eating pancakes, some towns still hold community celebrations known as “mob football” games, a tradition dating back as far as the 12th century. The practice mostly died out in the 19th century after the passing of the Highway Act 1835 which banned playing football on public highways, however, a number of towns have maintained the tradition, including Sedgefield in County Durham. Locally it is known as the Ball Game.

According to tradition, the parish clerk is obliged to furnish a football on Shrove Tuesday, which he throws into the market place, where it is contested for by the mechanics against the agriculturists of the town and neighbourhood. More recently, however, it is a secret group of local residents who organise the game, provide the ball and choose who will start the game off.

The ball is made from leather and its maker is a secret for fear of persecution. At 1.00 p.m, it is passed three times through a bull ring in the centre of the village. The object of the game used to be to "ally" the ball at two goals at either end of the village. However the ball cannot be allied until 4.00 p.m. due to the expansion of the village it now has only one "ally", which has been slightly moved from its original setting. The ally is a beck at the south of the village. During the time between 1 and 4 the ball is played around the surrounding villages, and it is a great privilege to get even a kick, as it can get quite physical. The first person to get the ball to any of the local pubs by tradition receives a free drink.

Once the ball has been allied it must be returned to the bull ring in the centre of the village and passed through it three times. The whole task is quite difficult as this is an individual and not a team game.

As a native of a nearby village I remember skipping school on Ball Game day to soak in the atmosphere! Unfortunately this year I will have to wait until after work to celebrate - enjoying my usual pancakes, with a squirt of lemon juice and a good coating of sugar! 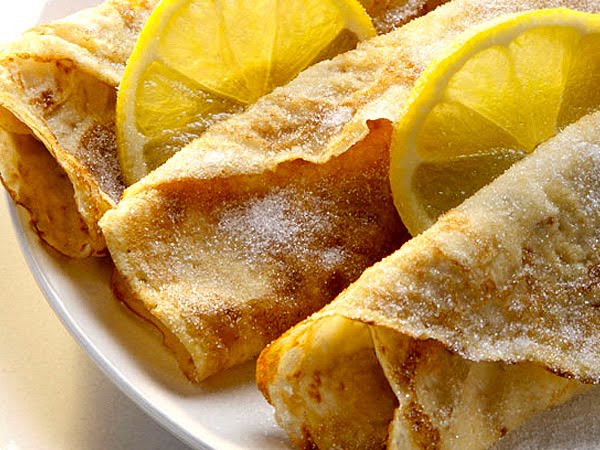